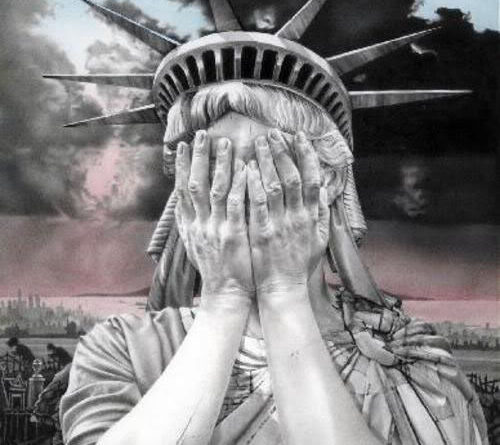 Good Morning America. How are you?

But on Tuesday, Nov. 8, 2016, Americans elected Donald Trump the 45th President of the United States.

Sure, there was always a chance. The British voted to leave the European Union when so few expected them to do so. Why couldn’t the same thing happen in America? That thought lingered in the back of many a mind as Election Day neared and polls tightened. Every previous prediction of Trump’s political demise had proven premature. But he had insulted so many people—blacks, Hispanics, women, the disabled, his own party’s leaders, just to name a few. He had broken so many political norms—not releasing his tax returns, threatening to jail his opponent, lying at a rate never seen in modern politics. So no one, Republican, Democrat or any other stripe, saw a tsunami of this size coming. Only hours before Trump officially vanquished Democratic rival Hillary Clinton, one prominent Republican commentator was writing a political obituary for his party’s nominee.

“Now it’s time for America to bind the wounds of division,” Trump, sounding quite a different tone than the man who had opened so many of those wounds over the last 18 months, told ecstatic supporters in his victory speech. “It is time for us to come together as one united people. It’s time.”

It will take days, weeks and perhaps years for Americans and their leaders to fully understand what happened on Election Day 2016. It will take longer for the country and the world to grapple with whatever happens next. Financial markets were tanking even as the prospects of a Trump victory increased, and even as world leaders terseky congratulated him, they were surely bracing themselves to deal with a man who has pledged to reconsider decades-old international alliances and trade pacts.

But one thing should be immediately clear: Donald Trump’s triumph on the Electoral College map was overwhelming. He won perennial swing states like Florida and Ohio. He won Pennsylvania, a state that has attracted the attention of so many Republican presidential candidates over the course of decades only to inevitably vote for their Democratic opponents. He won Wisconsin, a left-leaning state that was supposedly a safe piece of Clinton’s firewall.

Even the whizzes who elected Barack Obama as President conceded they had it all wrong. “Never been as wrong on anything [in] my life,” David Plouffe, the architect of Obama’s 2008 campaign, said on Twitter as the reality began to set in.

If exit polls are to be believed, Clinton lost because her campaign made a fatal miscalculation: That the American electorate was growing so much more diverse, so fast, that it couldn’t possibly fare worse with working-class white voters than the country’s first black president had in 2012. The electoral coalition was easy to imagine.

But it proved imaginary precisely because those working-class whites—who for decades have been slowly but surely drifting away from a coastal Democratic Party elite they view as economically and culturally out of touch with their needs—found his populist, protectionist rhetoric spoke directly to them.

Vast areas of the country that had previously voted for Obama, from northeast Pennsylvania to to eastern Ohio, from rural Iowa to Wisconsin and Michigan, swung solidly into Donald Trump’s column. Hispanic turnout measurably increased. But neither that nor Clinton’s wide advantage with women was enough to offset polling models that The New York Times estimates undercounted older working-class voters in the electorate by about 10 million.

Trump’s margin in the popular vote was far smaller than his Electoral College romp. As dawn broke on the East Coast, he only led by a couple hundred thousand votes, and votes from West Coast states still uncounted held open the prospect that Clinton might actually win the popular vote — surely a painful dose of déjà vu for Democrats after the 2000 election.

Whether the country can realistically heal its deep political divisions now remains to be seen. Republicans maintained control of the Senate and limited their losses in the House, giving Trump at least a nominally friendly Congress when he takes the oath of office on Jan. 20. The first order of business? Undoing the major achievements of the Obama administration — or so he has promised.

He struck a conciliatory note toward a rival who only weeks earlier he had threatened, to her face, to imprison if he were elected. “Hillary has worked very long and very hard over a long period of time,” Trump said, “and we owe her a major debt of gratitude for her service to our country.”

Clinton, for her part, conceded to Trump in a phone call but did not address her supporters. Her campaign chairman sent them home before the race was called, and she is expected to address the results on Wednesday.