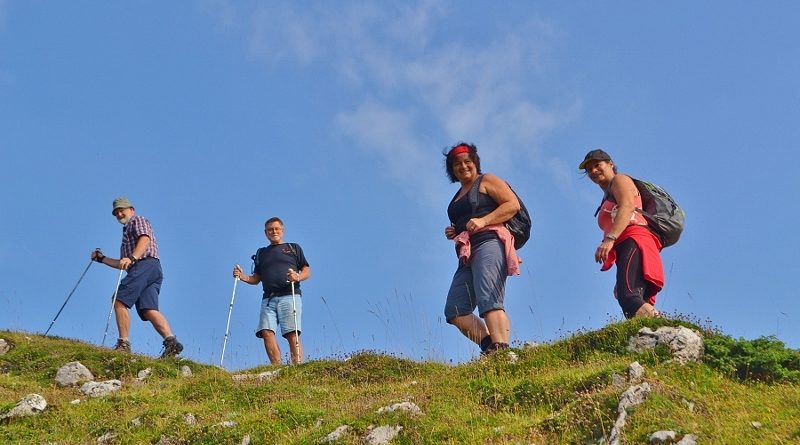 Greetings from 6600 feet. Sometimes you just gotta push yourself. To reach the peak of the Dobratsch, marked with a cross, you have to  traverse a maybe 3 or 4 foot wide path. Either side of the path is certain death. I managed to over come my fear of heights long enough to do it.

The Dobratsch is the “home mountain” for the city of Villach. It was sunny when we started up but as we neared the peak the weather closed in and it started to rain. At the peak there are 2 churches, both Catholic, a German one and a Slovenian one representing the 2 groups that make up the state of Carinthia. I only managed to make it to the “German” one mainly because of the weather and because I used my courage just to make it to peak. Both churches are dedicated to the Virgin Mary.

Later in the evening I went “native” and donned lederhosen and a traditional shirt and went back to the Kirchtag. While there Gerhard and I ran into Franz Klammer, a former champion skier, the former Chancellor (prime minister) of Austria, Christian Kern, and the current governor of Carinthia, Peter Kaiser. The crowd size estimates run upwards of 400k people.